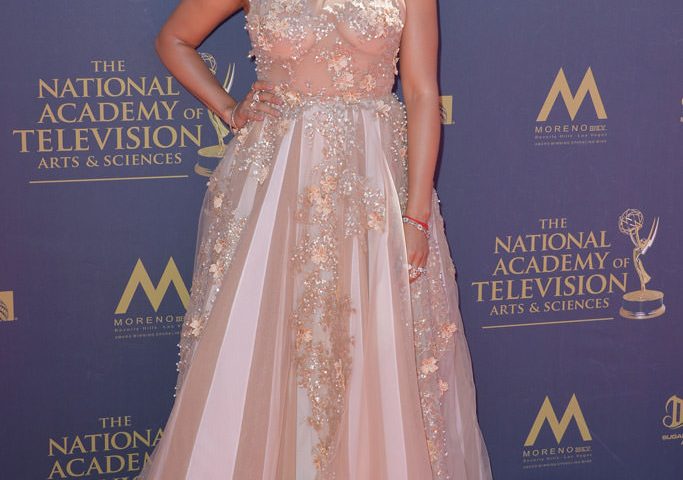 The 69th Annual Primetime Emmy Awards brings fans and celebrities together for one night of fun and fashion. People tune in to the Emmy’s from all over the world just to see who wore what. Today, we bring you… who wore pearls to the Emmy Awards in 2017?

Celebrities Who Wore Pearls to the Emmy’s This Year

From the glittering gowns to expensive designer shoes, you’ll find fashion styles from all across the globe. And, the 2017 Emmy’s were no exception.

Chrissy Metz recently attended the Emmy Awards following her nomination for Best Supporting Actress in a Drama Series. She attended the event in a custom-made Lela Rose lacy pearl-embellished dress.

But, more evident were the shiny pearl earrings Chrissy Metz donned. The white gems accentuated the natural skin color of the This is Us star. And, the pearl accessories gave her a regal elegance. This plus-size actress wore pearls that made her look like a winner at the 2017 Emmy’s.

Louise Roe attended the 2017 Emmy’s sporting a cute, little baby bump. But, that was not the only thing noticeable about the English model and fashion journalist

Roe had on gold earrings and pearl-encrusted stiletto sandals, which gave her full figure a serious advantage. The chunky gold Marco Bicego jewels was all Roe needed to gain prestige at the Emmy’s.

Louise Roe’s look gave other celebs at the Emmy Awards some major fashion competition. Her pearl sandals became the talk of the town after the event. They’ll be the envy of many fashion-forward celebrities for years to come.

READ MORE:  Keeping Up with the Kardashian Cousins as the Clan Continues to Grow

Tamera Mowry-Housley was at the 2017 Daytime Emmy Awards wearing a Tony Ward gown. Her formal, elegant gown was embellished with white pearls that set it off and gave it an eye-popping effect.

Her long dress touched the floor and was decked with white pearls that enhanced her gorgeous, shapely figure. Tamara Mowry-Housley’s pearl-embellished cream-colored dress sure did her shape justice as she attended the glamorous event.

Tracee Ellis Ross was at the Emmy awards too, following her nomination for Best Actress in a Comedy Series for the ABC’s Blackish. She looked like pure elegance in an embroidered silver gown with wide sleeves.

The actress and daughter of Diana Ross matched her dress with a silver belt, silver shoes and pearl jewelry that accentuated her overall look. Ross was a ravishing beauty to behold at the event, thanks to her pearl-embellished dress. Just look how it set off her figure.