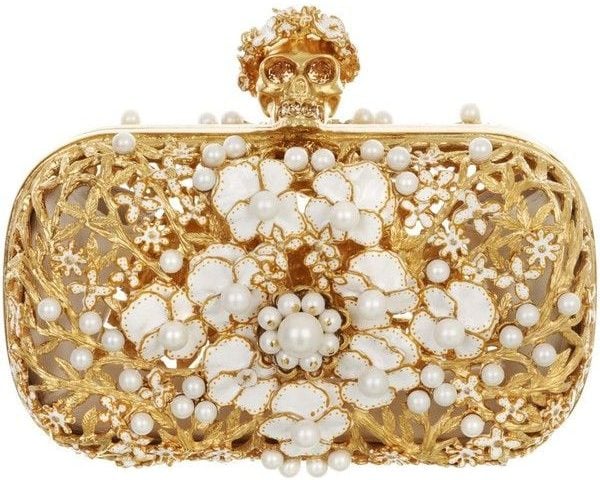 These days, fashion designers are transforming traditional pearl accessories into trendy must-haves for millennials. No longer are icons like Jackie Kennedy, Audrey Hepburn and Coco Chanel the faces of pearl jewelry.

The gems are being repurposed to create more daring looks for the newer generation. And, they’re using them to create all kinds of fashionable pieces, from headbands to biker boots, from sunglasses to handbags.

Millennials & Pearls: The Greatest Transition of All

For ages, pearls have carried a bad rap. They had a reputation for being traditional and conservative, much like your grandmother’s pearls.

But, the designers of today have taken to their labs to give the gemstones a much tougher image. They envision of life where the coolest, hippest women wear pearl jewelry and other accessories adorned with pearls.

There was a time when a fine, white strand of cultured pearls implied a lady’s rite of passage into womanhood for upper-class young ladies. Oftentimes, these well-brought up “girls in pearls” were featured in upscale magazines wearing simple pearl jewelry.

These magnificent gemstones have also been regarded as trophies that represent excess or simple symbols of virginity. Over time, many fashion icons have been captured wearing pearls for the world to see, from Barbara Hutton to Cleopatra, from Queen Elizabeth I to Rihanna, and from Jackie Kennedy-Onassis to Kim Kardashian.

There are so many age-old folktales related to girls in pearls. Queen Cleopatra is said to have sacrificed one of her enormously huge pearl earrings as a gesture of irreverence. Legend has it that she melted it in wine vinegar. Then, the queen drank the gem right in front of Mark Antony.

READ MORE:  Millennials & Pearls in 2018: The Gems of the New Generation

This was done in an effort to show just how wealthy Egypt was at the time.

And, it seems today, designers use that same sense of irreverence to transform the gems into millennial treasures and statement pieces. They’re adding pearls to everything from stilettos to jeans jackets, from pants suits to pearl headphones… and everything in between.

British fashion designer and couturier Alexander McQueen is a prime example. He caters to the trends for millennials by creating tailored, precision-cut dresses that combine masculine-looking fabrics with pearls. He even designed fashion-forward macabre skull clutch bags that feature pearls and other gemstones.

British footwear designer Nicholas Kirkwood has jumped on the millennials and pearls trend as well. He’s been decorating his fashionable shoes and booths with the gems ever since 2010.

The Annabel is a biker boot with a high heel. It comes with a hidden large pearl under the boot’s arch to offset the tread sole made of tough rubber. Kirkwood’s boot series includes designs featuring pearls inside the heels.

Gina is a luxury brand that jumped on the idea of toning down the masculinity of its black leather brogues by trimming the footwear with pearls. Designer Stuart Weitzman took that idea even further with his line of black leather loafers. These school-marmish style shoes feature pearls on each toe.

Then, there’s Carvela, who chose to take the millennials and pearls twist a bit higher. As part of the Kurt Geiger brand, this designer’s black Birkenstocks are trimmed with black velvet, as well as very big lustrous pearls.

Raf Simons tackled the trend from a sportier angle. His collection features Dior scuba shoes and trainers decorated with pearls and various other jewels. Then, there’s the brands of Tory Burch and Aquazzura whose collections feature velvet and embroidered pearls.

And, it’s not just about clothing when it comes to pearls for millennials. These gemstones have been jazzing up clutch bags and nightwear shoes for quite a while now. Two classic examples are Jimmy Choo and Roger Vivier.

But, in the last couple of seasons, designers have tried to tone down pearl designs, so they’re not just about luxury. Designs are not just quirkier, they more about irony than ever before in the past. Miu Miu and Prada are two prime examples.

In 2015, Alessandro Michele arrived at Gucci. This led to a new trend that was deemed “granny chic” in the fashion world. The collection including images of the gems that were new and refreshing. He styled his catwalk models in pearl accessories, including pearl necklaces and shoes trimmed in pearls.

Franco Moschino, the iconoclastic designers, historically mocked pearls. He did this by creating parodies of some world-famous looks. Back in the late 1980s, Moschino took Coco Chanel’s two-piece tweed suit, and trimmed in with pearls.

Using pearls to create awesome fashion pieces and accessories is not a new trend. But, with the way designers are rethinking ways to adorn pearls, there’s no wonder the gems are being taken to new heights for millennials.

Andrew Gin, for example, has a bags and boots collection that feature humungous sized pearls. There are also those fabulous, tribal-looking earrings featuring exaggerated tassels.

Chanel took the lustrous gems and placed them on knitted grey headbands. This allows the pearl accessories to be fitting for everyday wear for millennials. And, for added glam, they pin pearl brooches onto tweed bags and the wrist areas of knitted arm-warmers.

Karl Lagerfeld understands no one wants to sport their grandmother’s pearls. So, the designer took to finding fresh, new ways to wear pearls, updating the signature look Chanel pearl gear. He’s been known to use ping-pong ball size pearls as cuffs and earrings, to embellish driving gloves in silver hues.

Coco Chanel was the very first iconic designer to have a flippant attitude towards pearls. Raised in late 1890s France, the gemstones were representation of a luxurious world she could only envision from afar. So, she took to designing parodies of some of the greatest pearl necklaces in upper society.

By the 1930s, Chanel had started entirely new trend… mixing real pearls and gems with faux pearls and other gemstones. Duke of Westminster, her lover, eventually gave her pearls as gifts. Although gorgeous, the yards of real gems never stopped Chanel from playing around with fake pearl varieties.

For some reason, Coco Chanel’s desire to dabble in faux pearls made some of her innovations very controversial. But, she didn’t care. The famous designer still featured them numerous times during her fabulous career.

Her true legacy not only led to her success, but left us with the concept that faux pearls can be just as glamorous as real cultured pearls. And, we shouldn’t really concern ourselves with anything other than looking good. Even the ultimate non-conformist, Lady Gaga herself, has been captured sporting her Mikimoto pearl necklace.