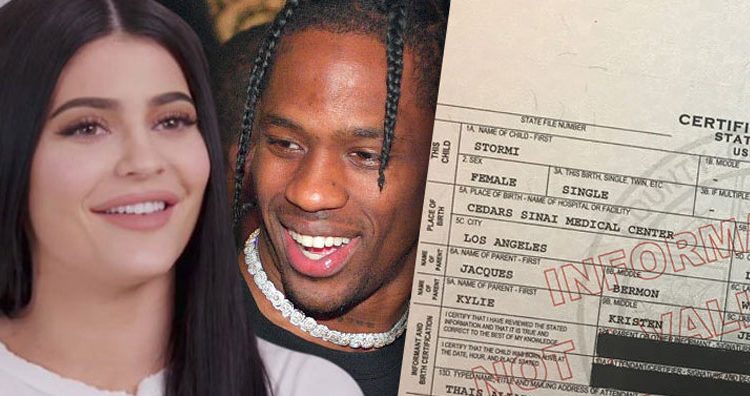 Kylie Jenner was not fooling anybody when she was practically “in hiding” to conceal her pregnancy. When asked about it, family members, such as Khloe on Ellen, said they cannot confirm or deny pregnancy rumors. During her celebrity baby shower, she and her guests made a video dedicated to her soon-to-be-born daughter.

Finally after seven months of staying out of the public eye, Kylie welcomed a baby girl on February 1st. She told the world by releasing an eleven minute video on YouTube the following Sunday.

Whether you like Kylie’s style or not, she is definitely a trendsetter. Things started when she drastically changed her look causing her to resemble her most famous sister, Kim Kardashian. The young Jenner’s makeup, including matte lipstick, was mimicked around the world.

So it is no surprise her baby shower was not an ordinary affair!

The video showed snaps and clips of Kylie’s baby shower. All of Kylie’s guests were wearing variations of pink and off-white, silk pajamas. Not only did everyone look incredibly comfy, but they looked stylish. They were able to take some adorable photos in front of a huge wall of pink roses.

Kylie’s choice of colors definitely let everyone know she was carrying a baby girl. We really hope this baby shower trend catches on. Who wouldn’t want to be comfy at a baby shower full of friends, food and no boys?!!!

The video starts off with Kylie’s best friend, Jordan speaking directly to the camera:

“Your mother and I were living our lives, having fun. She met your father and they just hit it off- chemistry. One day I was in your mom’s bathroom with her and she took a little test. She passed it to me, and surprise!”

Jordan continues her speech to the future child with some heartwarming words:

“When you’re twenty years old you’re just figuring out your life, you don’t know what you want but there was one thing your mom knew for sure, and that was you.”

“I love your mom and I love you. You are one lucky girl, she is going to take amazing care of you.”

If that is not enough love, Kylie’s best friend and two sisters are expecting to have children within a month of each other. The video also shows some clips of Kylie posing with Khloe in what appears to be a maternity suit.

The video is mainly a compilation of Kylie’s daily events– showing her fans that even though she was MIA from the public eye, she was surrounded by her friends and family. She spent time with her family, her boyfriend’s family and friends throughout her pregnancy.

We even catch some glimpses of Kylie’s pregnancy style. Although a lot of it seems to be loose, stylish sweatshirts, that is not all Kylie chose to wear. Some clips show the youngest of the Jenner/Kardashian clan wearing skin tight, body hugging mini-dresses showing off her baby bump and newfound mommy curves.

In the last ten seconds of the video, you can hear the Kardashian sisters encouraging Kylie to push. Finally, a glimpse of a Kylie’s new baby girl is shown– Stormi Webster. Unfortunately Kylie did not reveal why she named her baby Stormi but that does not keep fans from guessing.

Some fans believe Kylie named her Stormi because butterflies are said to have the power to change the weather, creating storms with the flap of their wings. However, only a few weeks ago on ‘Life of Kylie’ the new mother revealed she is deathly afraid of all insects, including butterflies.

However, it may be a little more complex than that. It seems that even though Kylie is terrified of butterflies, they still have a special place in her heart.

Last year, Travis Scott released a song and music video titled ‘Butterfly Effect‘ which is said to be about his relationship with Kylie. The rapper’s real name is Jacques Webster, hence Stormi’s last name. He also got the Keeping Up with the Kardashians star a butterfly necklace before the two decided to get matching butterfly tattoos.

Do you think the name Stormi Webster has a connection to the couple’s love for butterflies? 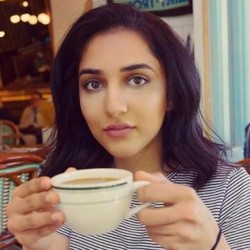 Content Creator at Content Marketing Geek
Sasha Michaels is an Aerospace Engineering student with a passion for social justice, writing and politics. She attends the Illinois Institute of Technology with minor in Political Science, and has been writing professionally since high school. Sasha enjoys writing about topics she’s passionate about, including fashion, travel, arts, crafts, makeup, health, jewelry, dieting and more. She currently writes as a freelancer for Content Marketing Geek.