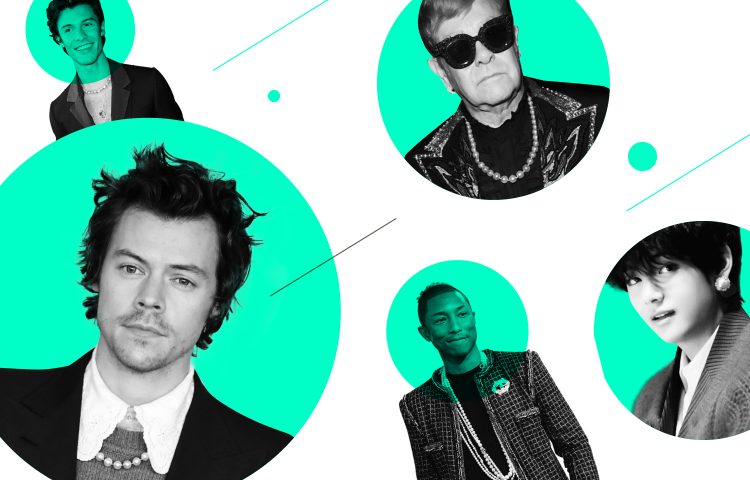 Pearls have traditionally been a popular woman’s accessory, with fashion icons such as Jackie Kennedy and Audrey Hepburn making it a key part of their style. Over recent years, Michelle Obama and Kamala Harris have taken up the helm, using pearls to solidify their stature as political powerhouses. But these pearls are starting to make their way into men’s closets and becoming a standout accessory for quite a few celebrities such as A$AP Rocky and Harry Styles. With more and more celebrity trendsetters adorning themselves with mens pearl jewelry as the new accessory, men are starting to pay attention.

The search for men’s pearl jewelry has increased 15%

Known for extending the braggadocio most often found in their lyrics to their fashion, rap and hip artists are always looking for new ways to loudly display their wealth. Pearls are a natural extension — they’re luxurious and quite effective at turning heads. Pharell was one of the earliest adopters of the mens pearl necklace and A$AP Rocky, A1 Bentley, and Usher have also been seen rocking mens pearl jewelry.

Men haven’t had many opportunities to showcase their fashion style, especially when it comes to jewelry.

Samuel Rbibo, of The Pearl Source

An expression of ANDROGYNOUS, QUEER, AND NON-BINARY identities

Celebrities and high fashion have always played with gender norms. Androgyny has always been a model’s aesthetic. Harry Styles, who recently released a gender-neutral beauty brand, is using pearls as a way to bridge the gap between traditional male and female fashion while also crafting his own look. Jaden Smith, who also released a gender neutral clothing line, has also played with traditional gender norms and has been seen wearing pearls on multiple occasions.

With celebrities dipping their toes into the world of pearls, men now have a new accessory available to them. I expect to see this trend continue and see more pearls hanging around men’s necks in the near future.

Samuel Rbibo, of The Pearl Source

What often starts as high fashion often makes its way towards eventual mainstream acceptance. Harry Styles first outing with pearls was at the Met Gala in 2019 where he wore a pearl earring. Fashion icon Billy Porter has also made quite the impact during a New York Fashion show by adorning himself in mens pearl jewelry.

As more and more celebrities like Shawn Mendes and Jungkook and V from BTS continue to play with pearls in their fashion style, the more accepted it will be.

Get you very own Mens Pearl Jewelry piece, à la Harry Styles. Browse our collection of Mens Pearl Necklaces and Bracelets, including classic strands, leather pearl jewelry and half-half necklaces with chains and find your next statement piece. 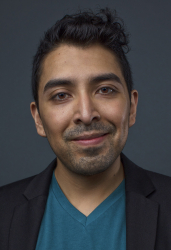 Josue Ledesma
Josue Ledesma is a writer, illustrator, and content marketer living in New York City. He covers information security, tech and finance, and B2B digital marketing and has worked with brands such as VISA, Fidelity, Trustwave, The Pearl Source, among others. You can learn more about him on josueledesma.com, his illustration portfolio site.