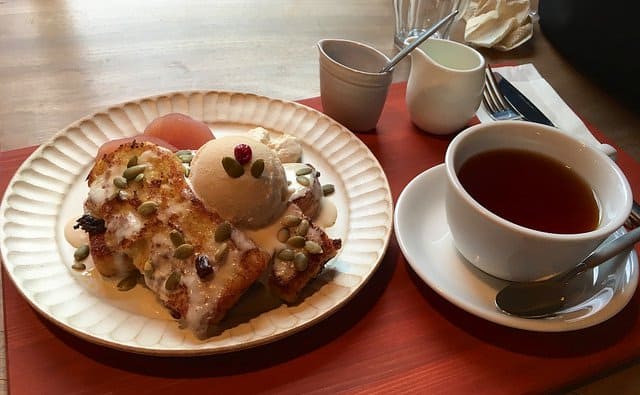 A new Food & Beverage Forecast report predicts that plant-based food will be one of the year’s top mega-trends. We have the scoop on the report’s findings and the vegan food trends of 2018.

According to the report, Generation X and Millennial consumers, in particular, are increasingly seeking out more plant-based food options. This is causing traditional and fast food restaurants to jump on the bandwagon. McDonalds, for example, launched the McVegan Burger in 2017. It seems to have really taken off.

In 2018, restaurants will increasingly create and offer new plant-based dishes specifically designed for vegan customers. That means, it will soon be commonplace for restaurants to serve vegan cheese on pizzas and burgers. And, that’s just one of the vegan food trends for 2018, according to the report.

With so many vegan startups running and ruling the tech industry, it’s no wonder plant-based foods are so popular these days. Vegans have put a major dent in the meat industry, especially for health-conscious consumers determined not to eat meat. They want better health and a better planet filled with healthy animals. But, it takes innovation to create awesome taking vegan foods that consumers love.

READ MORE:  2018 Green Food Trends That Just May Shock You

After a bit of research, these 10 vegan trends for 2018 seem to be the hottest on the scene right now. Plus, they are super creative ways to eat healthy foods without eating meat products.

Everyone loves burgers, even vegans! However, they like their burgers without meat, and of course, no cheese. Impossible Foods and Beyond Meat are running the show in the vegan burger market. Expect to find these meaty meatless sensations all over the country with numerous choices.

Vegan cheese has seen massive success in Israel. This is one of the vegan food trends for 2018 that are expected to go big worldwide. As a matter of fact, Domino’s is taking the crave to Australia. The pizza mogul already has numerous restaurants serving up pies featuring vegan choices here in the US. Watch for even more restaurants offering choices in vegan cheeses.

There have been many vegan desserts to hit the scene over the years. Vegan donuts and vegan cupcakes caused quite a stir when first introduced. Now, ice cream moguls, such as Ben and Jerry’s, are adding options for vegans that hit the sweet tooth spot with a vengeance. In 2018, expect chefs to infuse vegan creativity into their dishes by replacing milk, cream, butter and eggs with plant-based food products.

Meatless Mondays really took off in 2017. This helped cause a major increase in jackfruit sales. Chefs cook the fruits up just like you would pulled pork. According to fans of the vegan craze, jackfruit has a way of taking on the flavors of any foods with which its cooked.

Los Angeles, CA is a haven for vegan-life, as well as Latin foods. There you’ll find some of the best Latin-inspired food carts and trucks, from El Salvadorian to Puerto Rican, from Brazilian to Mexican, LA loves Latin eats. In 2018, expect to see these and many other Latin eateries giving consumers their takes on vegan Latin food across the country.

Protein is essential for a healthy lifestyle. Meat may be a common source of protein, but it’s not the only source. Plant proteins are quickly crawling up the list of vegan food trends for 2018. You’ll find mainstream brands selling creative protein foods derived from plants instead of animals. Restaurants will feature vegan whole grains, peas, beans and other meat substitutes.

For years, healthy eaters considered wheat a threat to their survival. But, science has revealed that it’s actually good for us. Expect to see restaurants who jumped on the trend of fear placing wheat back on their menus in 2018.

Whole Foods wasted no time jumping on this vegan trend for the new year. Foods like whole roasted cauliflowers have been trending for quite a while. The natural foods chain also plans to offer whole stuffed bell peppers and squash and whole carrots on menus. You’ll also find whole baked yams and sweet potatoes soon, as well as other whole veggies from root to stem.