For those with a taste for unique jewelry, a Black Pearl is unparalleled. Choose from Black Tahitian Pearls or Black Akoya Pearls to behold mother nature’s beauty. 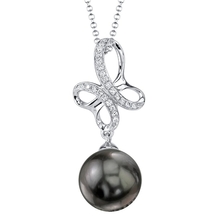 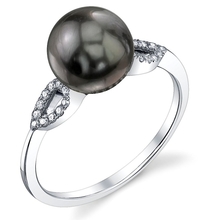 Use this simple and easy 3-step guide to find the perfect piece of pearl jewelry for that special someone.

Here's what our customers have to say about their experience with us. Over 10000 reviews and counting.

From pearl type to pearl sizing, we'll educate you on everything you need to pick the perfect jewelry piece.

Trustpilot
Trustpilot
Trustpilot
"The quality of The Pearl Source products and packaging is simply stunning, I honestly can't recommend them highly enough. The level of customer service and assistance from Lauren in particular, has been outstanding with excellent communication throughout and quick courteous responses to my enquiries. Buy with complete confidence."
"Lovely pearls, lustrous and just as described. Beautifully packaged (esp. if for a gift). Love them!"
In The Press

How is the Black Pearl made?

Black Freshwater Pearls are formed within the mantle under rare conditions, making them exquisitely unique. Generally, only two types can be found on the market – Black Tahitian Pearls and Black Akoya Pearls. While the dark mystique of Black Tahitian comes naturally from the black-lipped Pinctada margaritifera, Akoya Pearls are manually treated.

The only naturally black pearls on the planet are from the Tahitian family of gems. Black Tahitian pearls get their color naturally and come from the French Polynesian waters.

Naturally colored “black” pearls aren’t black, but have hues of various dark colors, such as gray, purple, blue, or green, giving the illusion of black. The Tahitian's pearl color is created by the tissue of its mantle, which is determined by the colors within the donor mollusk’s shell. These gems will also display strong overtones of peacock, red, green, or eggplant (dark purple).

Tahitian pearls are generally about 9mm to 15mm large. Some cultured Tahitian pearls have been known to be as large as 20mm in size. The larger the gem, the rarer it is, making it even more valuable on the pearl jewelry market.

Black Akoya Pearls are also popular in the jewelry market, due to their colors. However, these are not naturally black but have been permanently irradiated or dyed to take on the dark pearl colors.

Here at The Pearl Source, all of our black gems are high-quality cultured pearls. Every pearl we sell is certified to be a real, genuine gem. So, if quality black pearls are what you’re looking for, you’ve come to the right online pearl jewelry store.

Where do they originally come from?

While your Akoya Pearl necklace or earrings are likely to have been created by pearl farmers in Japan, your Tahitian Pearl set is likely to come from mother nature’s waters surrounding the islands of French Polynesia.

Choosing the perfect Black Freshwater Pearl color for your style

Naturally colored Black Freshwater Pearls are not “black” as such, rather they come in opulent dark shades of grey, purple, blue, and green. The color of a Tahitian pearl is determined by the colors within the donor mollusk’s shell, while Akoyas are permanently irradiated or dyed.

A Tahitian Pearl is generally about 9mm to 15mm; however, some cultured Tahitian Pearls have been known to reach up to 20mm. The larger the gem, the rarer it is and the greater its value market value. Akoyas are on the smaller side, reaching up to 11mm.

How to wear and style your Black Freshwater Pearls

Wear your round Black Pearl earrings or your black pearl necklace with a black pearl bracelet to tie your ensemble together. Beautiful worn alone or with other jewelry, they are ideal for weddings, anniversaries, birthdays, or any occasion with a formal dress code. We recommend coupling your perfect piece with white gold jewelry to emanate an air of understated elegance. Alternatively, for a bolder yet still classy look, pair a black pearl pendant with yellow gold jewelry

Why choose them over other types of pearls?

Whether of the Tahitian or Akoya variety, Black Freshwater Pearl jewelry makes for a truly compelling piece. Couple with black or navy evening wear for flattering subtlety, or against elegant cream tailoring for a striking signature.