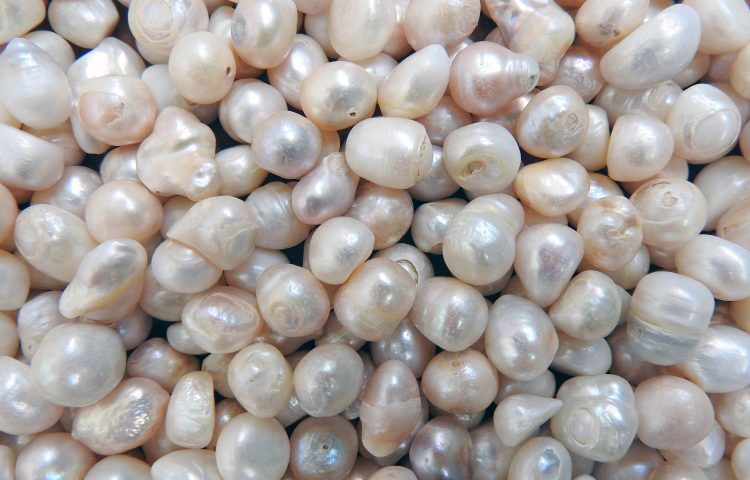 In this article, we’ll teach you about freshwater pearl farming.

Freshwater pearls are pearls that are grown on pearl farms using freshwater mussels. Since mussels are the organic hosts, the pearls can grow up to 10 times bigger than those made by saltwater oysters, naturally. And, luster freshwater pearls produce is astounding.

What Is Freshwater Pearl Farming?

Freshwater pearl farming is the process of growing freshwater cultured pearls on a farm. Within a 2-5-year time frame, the pearl farmer nucleates and cares for several thousand oysters, to grow and develop a pearl. It takes both skill and luck to pull it off. Pearl farms can become prey to uncontrollable and unpredictable forces, such as severe storms, water pollution, disease, extreme cold or heat, infestations, etc…

FASHION AND STYLE
It certainly takes a lot of hard work, patience, and great care for an oyster to create a pearl, but the end result is undoubtedly worth it. The remarkable beauty of pearls is truly special, different from any other gemstone. This is why today, pearls are thought of as one of the most timeless gemstones. The pearl necklace, more specifically, has become an iconic piece of jewelry worn by women throughout the world, including notable women such as Jackie Kennedy and Princess Diana who wore the gemstones regularly.

Before you can begin pearl farming, you must obtain oysters for you to nucleate. Back in the day, this meant fishing for oysters in the ocean. Today, pearl farmers find that it’s simpler and more productive to breed their own. All the farmer has to do is collect oyster eggs and sperm oysters of high-quality, already on the farm. The eggs are fertilized with the sperm, creating a new generation of larvae for the oyster farm.

The oyster larvae are kept under controlled conditions. However, they’re allowed to freely float around in the water. Once they reach a few weeks old, they are moved to the “wild.” There, they attach themselves to a stable object, such as a rock.

Within the next few months, the larvae will grow into little baby oysters. Collectors are eventually sent out to collect them. They are then moved to a separate part of the farm used as a “nursery” for the little ones. There, the baby oysters are nurtured for about 1-2 years, until they are ready for nucleation, based on the freshwater pearl sizes and development.

The nucleation process is a surgical procedure. A foreign object is implanted inside the oyster, which causes it to become irritated. It will then counteract that irritation by surrounding the object with a secreted nacre. That produces actual pearls, with cultured freshwater pearls shapes and freshwater pearl sizes.

After the oysters have been nucleated, they need a few weeks to recover from the invasive surgical technique. Within that time, some oyster may expel and reject the implanted nuclei. Other oysters may even get sick or die altogether. However, most of them will make full recoveries, improving the farm’s freshwater pearls value.

Once pearl development is complete, the freshwater pearl harvesting must begin. The cultured freshwater pearls are taken out of the oysters, washed off, dried off and sorted. They may even be polished in water and salt for more glimmer and shine, improving the luster freshwater pearls produce.