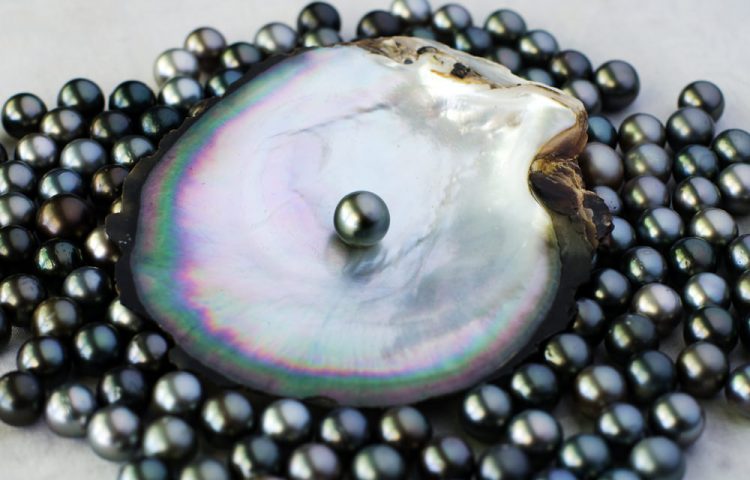 The Luster of a pearl is very significant. A Tahitian pearls luster is the measure of how it reflects light that is shone on them. It’s how a pearl gets to reflect and retract approaching light waves. Pearl luster can also be defined as a soft glow of a pearl due to a gentle shone light on the individual pearl.

Tahitian pearls used to be the rarest, most valuable cultured pearls available in the world. These days, Tahitian pearls are still more valuable than Freshwater and Akoya pearls, but generally not as valuable as the South Sea variety.

What is the best color for Tahitian pearls?

AAA Dark pearls are some of the darkest Tahitian pearls you will find – a hue as close to black as possible. Tahitian Pearls come in a gorgeous range of colors, including iridescent peacock (blue-green), silver, bronze and more.

How can you tell if a Tahitian pearl is real?

The Tooth Test is the most accessible and reliable way to tell if Tahitian pearls are real. Simply lightly rub the pearl against the front of your tooth while avoiding the edge. If natural or cultured and not faux, the pearl will feel somewhat gritty. By comparison, simulated pearls will feel smooth.

FACT: Since pearls are organic gemstones that are naturally absorbent, their surface can be harmed by the various chemicals found in hairsprays and cosmetics. Use warm water and a soft cloth to clean your pearls after wearing them.

How Does Pearl Luster Effect Its Value?

High value is placed on pearls that have a good luster. Jewelry, or specifically pearls, are ranked depending on their ability to glow when illuminated with light. Jewelers all over the world, look for the most glowing pearl. Before a jeweler can trust your commodity… your Tahitian pearl, he/she has to evaluate the pearl’s luster.

A Tahitian pearls luster is grouped into four different categories depending on its ability to reflect and refract light:

The third class is good pearl luster. These are the second best-ranked types of pearls. They glow better than the poor and fair types of luster pearls. These kinds of pearls, however, have lower luster as compared to the high ranked pearls. Considered high in value when compared to the lower classes types, these pearls are bright. However, they possess a reflection that is slightly hazy.

The Unique Phenomenon of a Tahitian Pearl

In addition to their beauty, this variety of pearl also has a unique character of color play that takes place on or beneath the nacre‘s surface. This phenomenon is popularly known as the pearl’s orient. As you move a pearl in your hand it’s orient becomes apparent. Not all pearls have this phenomenon. Only the thick pearls have an orient.