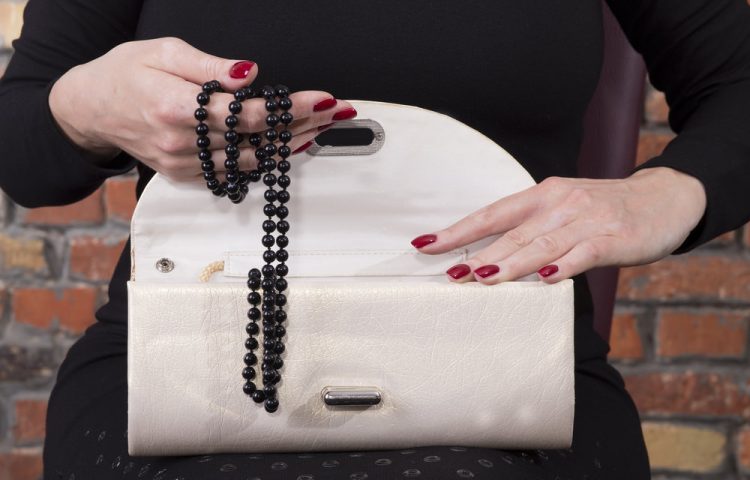 Tahitian pearls are considered the world’s most exotic pearls. Of all the cultured pearls available on the market, the Tahitian pearl colors are the most outstanding colors. Tahitian pearls colors come in a wide range to choose from for consumers.

These pearls have the most magnificent, and beautiful arrays of great colors. Their colors are the most iridescent, vibrant and perfectly metallic of all pearls. They also display different intensities and shades due to their differences in nacre thickness.

Tahitian Pearls Come in a Variety of Colors

The Tahitian pearl is also commonly known as the black pearl. But, in actuality, they come in various shades of gray. They are very rare, and some say they’re the most beautiful pearls in the world. Tahitian pearl colors tend to look black, blackish, dark green and black green.

These Tahitian gems are formed from the black lip oyster. This type of oyster grows quite large, making these pearls weigh more and grow to an above “average” size.

Tahitian pearls have the capability to be full of an assortment of undertones, and overtones of:

All these varieties of colors give the Tahitian pearls high value due to their versatility. Tahitian pearl colors are diverse. So, they can be used to create amazing, unique and colorful pearl jewelry.

Watch our video on Tahitian pearl colors for more information:

With such a variety of colors displayed by the Tahitian pearls, there are some which are highly prized. Those with iridescent peacock and cobalt blue colors have the most value on the market. We also have the Tahitian pearl colors which are a bit popular such as gray, golden pearls and the rainbow colors.

When buying Tahitian pearls, you want to be sure to choose the best color for you. Pearls should match, or at least compliment, your skin tone, as well as the colors of the attire you’ll be wearing. Well-matched pearls complete one’s elegant look.

Tahitian pearls are so diverse in colors, they can help you look sexy, sensual, exotic, successful, innocent, dangerous… or just about any look you’re going for at the time. So, don’t choose a strand of pearls just because they look good in the jewelry store. Make sure they also look good on you.

Do These Pearl Colors Look Good on You?

When buying Tahitian pearls, buy gems which have a uniform color all around them, if you’re looking for top of the line pearls. A Tahitian pearl color chart can help you choose. They judge a Tahitian pearl’s color against a non-reflective white background to get the exact color you need or desire.

Also look under different types of light and observe how the pearls behave. After all, you will be walking around in different types lighting throughout the day… and night. Also, when buying your pearls, be sure to try on the Tahitian pearl strands to be sure the colors look good on you.