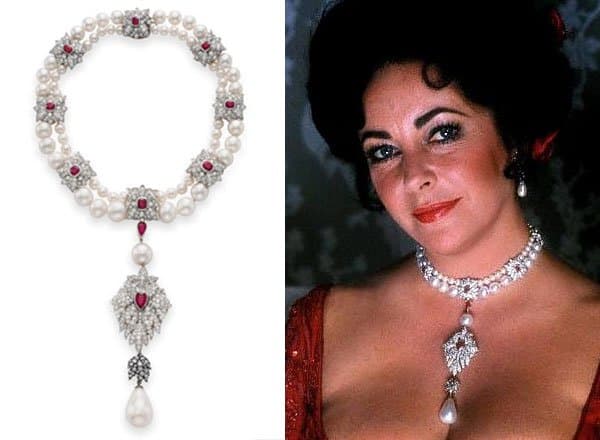 They say diamonds are a girl’s best friend, although you can’t help but disagree. Your greatest passion of all: darling, radiant little pearls that exude nothing but utter beauty and elegance. And as an avid pearl lover, you love everything related to those precious little gems. From fun facts to powerful idioms and meaningful quotes. If that describes you to a tee, make sure to check our list featuring 30 famous pearl quotes.

From celebrities to important historical figures, everyone has talked about them. Take a minute and immerse yourself into the beauty of pearls.

#1. Why wear one string when you can wear two?

Coco Chanel, aka the queen of little black dresses and pearl necklaces, was nothing short of fabulous. With her style and tendency to adorn herself in layers and layers of pearl necklaces, it’s no wondering that this quote belongs to her.

#2. A woman needs ropes and ropes of pearls.

Coco Chanel revolutionized the fashion world when she introduced costume jewelry to the public. That was back in the highly experimental 1930s. ‘Ropes and ropes’ of faux pearls, featuring glass beads and chains were meant to be worn with daywear.

Coco Chanel is often thought of as one of the greatest fashion designers to ever live. It’s easy to argue that the popularity of pearl ropes is in large part due to her fashion influence. Nearly all of  necklaces offered at The Pearl Source feature a 51″ rope-length, a necklace length which is extremely versatile and stylish. Wear it as a dazzling long necklace, or fold the necklace to create a stacked look that oozes of sophistication

#3. Always have a good little black dress, pearls and stay in the best hotel, even if you can only have the worse room.

Austrian-born dancer, actress, and artist Tilly Losch appeared in productions like ‘The Garden of Allah’, ‘The Good Earth’ and ‘Duel in the Sun’. The actress, known for her lively personality, believed in this simple style recipe: a little black dress and pearls. Our verdict: we tend to agree with Losch, as this quintessential chic look simply can’t miss the mark on style.

#4. Marco Polo has seen the inhabitants of place pearls in the mouths of the dead.

Oscar Wilde – one of the most popular literary figures in late Victorian England. He started his career as an art critic and advocate of the principles of aestheticism. The Irish poet was quite the skilled linguist, as proven with this line from his masterpiece ‘The Picture of Dorian Gray’.

#5. True beauty is measured by the number of pearls within you and not around your neck.

American writer and poet of Egyptian origin Suzy Kassem is the author of the essay collection ‘Rise Up and Salute the Sun’. It sold almost one million copies in its first year. Currently residing in Toledo, Ohio, Kassem is also involved in filmmaking, philosophy, and art.

#6. Life is made up of a few moments all strung together like pearls. Each moment is a pearl.

‘And it is up to us to pick the ones with the highest luster’, says Joyce Hifler. She is a popular author of ‘Think on These Things’ and ‘When the Night Bird Sings’. The Oklahoma-based author is also known and loved for the column named after her bestselling book.

#7. The pearl is an indicator of the health of the planet. Upon its lustrous surface, every typhoon, every change in water temperature, every current caused by a dynamite blast, and every nuance in the cleanliness of the water is recorded. It falls on the highly skilled pearl farmer to act as a steward of creation.

As the Indian Territory Hall of Fame inductee, Joyce Hifler’s work features daily meditations and philosophical inspirations. And this quote right here is a great depiction of the true essence and symbolism of pearls.

#8. I had just received La Peregrina from New York on a delicate little chain and I was wearing it like a talisman.

Actress Elizabeth Taylor – one of the biggest stars of Hollywood cinema in the 1950s. She was gifted the 50.6-carat ‘La Peregrina’ pearl by Richard Burton as a Valentine’s Day gift. As one of the most famous pearls in the world, La Peregrina carries a rich history that spans almost 500 years. Today, its value is at over 11 million dollars.

#9. As a pearl is formed and its layers grow a rich iridescence begins to glow. The oyster has taken what was at first an irritation and intrusion and uses it to enrich its value.

Susan Young – a leadership trainer and activist for positivity, engagement, and performance. She focuses her work on helping people achieve their goals and create positive change. And with beautiful quotes like this one, we can see just why Young has a large, devoted following.

Lailah Gifty Akita – an inspirational writer born in Accra, Ghana. She delighted the public with books such as ‘The Alphabet of Success’ and ‘The Wings of Hope: Survivor’. Her work is not limited to writing. She also focuses on empowering the younger generation through her Smart Youth Volunteers Foundation.

With a background in both geosciences and oceanography, it’s no wonder that Lailah Gifty Akita finds the beauty and symbolism of pearls fascinating. As the author of the inspirational book ‘Think Great, Be Great! (Beautiful Quotes)’, Akita focuses on encouraging her readers to achieve new levels of success.

Jackie Kennedy – the wife of the 35th American President John F. Kennedy. She was all about a picture-perfect look, dolled up with classy pearls. Whether she was rocking power suits, evening gowns or daytime frocks, Mrs. Kennedy was never short of timeless elegance.

One of the former First Lady’s favorite pieces of jewelry was large pearl studs. These pearl studs perfectly epitomize the style of Jackie Kennedy: sleek, simple, and always classy. White South Sea pearl earrings are similar to the earrings that Jackie Kennedy once wore. These earrings are highly recognized for their large sizes and deep luster. Browse our collection of White South Sea earrings to find the design that perfectly matches your style.

#13. Collect as precious pearls the words of the wise and virtuous.

This quote of unknown origins masterfully captures the preciousness and uniqueness of pearls.

#14. What is important with pearls, is the woman who is wearing them.

Some of the best, most insightful quotes about pearls have anonymous authors. This beautiful citation voices the importance of the person who’s wearing the pearls. And not the other way around.

#15. The pearl is the queen of gems and the gem of queens.

Grace Kelly – Hollywood actress turned Princess of Monaco. She stunned the big screens with her grace and otherworldly beauty. And just like many screen divas of her time, Grace loved accessorizing. She adorned her A-line dresses with pearl necklaces, usually worn at choker-length.

#16. Those who dive in the sea of perfection, bring up rare pearls.

Charles H. Spurgeon – influential English Particular Baptist preacher. He dedicated his life’s work to defending the values of the Church. As a notable figure in the Reformed Baptist tradition, Sourgeon is still highly influential among Christians.

#17. I feel undressed if I don’t have my pearls on. My pearls are my security blanket.

Lady Sarah Churchill was the Duchess of Marlborough and the daughter of Sir Winston Churchill. With a career in acting and dancing, she was also known for her unmistakable quirky fashion sense. Also noted for her impressive stature (she was 6 feet tall), Mrs. Churchill was loved for her bubbly personality and vivaciousness.

#18. The heart of man is very much like the sea. It has the storms, it has the tides and in its depths, it has its pearls.

Vincent Van Gogh – one of the most prolific painters of his era. He left an unmistakable mark in the history of Western art. The Post-Impressionist painter was not only skilled with the brushes and oil paints, but also with words. That’s demonstrated in this beautiful quote.

American businessman and philanthropist Chris Gardner has quite a few pearls of wisdom to share with his followers. After having a rough start in life and being homeless while caring for his toddler son, Gardner became a renowned author and motivational speaker.

#20. Pearls don’t lie on the seashore, if you want one, you must dive for it.

There is a wide range of Chinese proverbs out there that speak of pearls. And this famous one right here uses pearls as a powerful metaphor for one’s must-reach life goals and missions.

There’s nothing like a good serving of Chinese wisdom. This famous proverb that mentions pearls is definitely one of our favorites.

#22. I favor pearls on screen and in my private life.

Grace Kelly, later referred to as Princess Grace of Monaco had a very fulfilling year in her career back in 1954. She received both a Golden Globe Award and an Academy Award. Two years after her massive successes, she retired from her acting career and became a princess. She married Rainier III, Prince of Monaco.

#23. He who would search for pearls must dive below.

English poet and playwright John Dryden became England’s first Poet Laureate back in 1668. He was the innovator of heroic play in rhyming couplets. Dryden was also one of the first playwrights to incorporate exotic characters on fearless missions in his work.

#24. I am thoroughly sick of pearls. They make one look so plain, so good and so intellectual.

Oscar Wilde might have been one of the most influential writers of his time. Though, his amazing skills were not limited to writing. In fact, the famous playwright had an eccentric sense of fashion. He had an extensive collection of hats and passion for interior décor. The writer’s home was decorated in quite an eclectic, vanguard manner. It had walls that featured peacock feathers and dragons painted on the ceilings.

#25. Those who look for seashells will find sea shells; those who open them will find pearls.

This quote of unknown origins is the product of Indian wisdom. As the symbol of purity for both Christians and Hindus, pearls represent a wide range of virtues, from knowledge and experience to strength and integrity.

#26. Love it felt like falling raindrop that scatters on a trembling leaf then roll off its tip in a cascade of pearls.

Krishna Mira Prabhu is an Indian-born writer who moved to New York in her twenties. Some of her notable works include ‘Whip of the Wild God’, a novel that took 20 years to complete. Also, ‘Krishna’s Counsel: A Mystical Saga of Obsession and Illumination’.

Frederico Fellini – Italian film director and screenwriter. He was the man behind masterpiece ‘La Dolce Vita’. For those who don’t know, one of the most critically acclaimed foreign movies of its era. Fellini got rewarded for his artistic talent with no less than four Academy Awards.

Passed from generation to generation, proverbs have the power to make us think. They enlighten us and inspire both our minds and imagination. And this beautiful and wise Indian proverb is a true testament to this fact.

#29. Real friendship, like real poetry, is extremely rare and precious as a pearl.

Moroccan writer Tahar Ben Jelloun – known for his 1985 novel L’Enfant de Sable (The Sand Child). It was first published in France. Even though Jelloun’s mother tongue is Arabic, all his novels are in French. Moroccan writer has been noted for his work on Moroccan culture, human rights, and the immigrant experience.

#30. Well, for us, in history where goodness is a rare pearl, he who was good almost takes precedence over he who was great.

As one of the greatest French writers, Victor Hugo’s stamp on literature is undeniable. With masterpieces such as ‘Les Misérables’ and ‘The Hunchback of Notre-Dame’, the famous poet and novelist is one of the most notable figures of the Romantic movement.

Karolina Miseviciute is a writer at ThePearlSource.com, a leading jewelry company that offers high-quality pearls at an affordable price. She is a fashion, jewelry and anything relating to beauty geek!