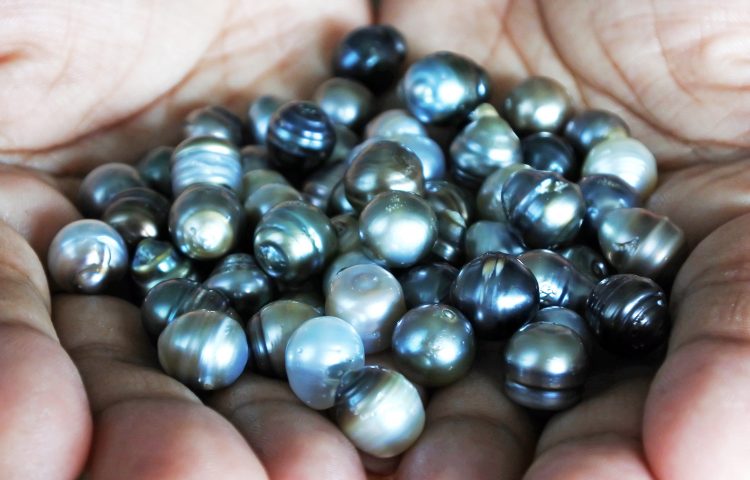 Have you ever thought about the meaning of pearls? According to history and the myths, pearls are symbolic of wisdom gained through experience. The gems are believed to offer protection, as well as attract good luck and wealth. They are well-known for their calming effects. Pearls have a way of bringing balance to your karma.

Myths have it that pearls keep your children safe while strengthening your relationships. It is also said that these little gemstones are symbolic of the wearer’s loyalty, generosity, integrity, and purity. And, these are just some of the myths behind these precious gemstones.

EDITOR’S NOTES
Despite the many different things pearls are said to symbolize, the most widely held meaning among people today is pearl’s as a symbol of the purity and loyalty of its wearer. This is one reason why more and more brides are opting to wear pearls on their wedding day. Not only are the gemstones absolutely stunning, but their symbolic meaning makes them ideal for the event.

Browse Bridal Jewelry
What does a pearl symbolize?

Pearls are the ultimate symbol for wisdom. Valued for their calming effects, pearls represent serenity, while being able to strengthen valuable relationships and convey a sense of safety. Pearls also symbolize purity, as well as integrity and loyalty.

What is the spiritual meaning of pearls?

Pearls represent wisdom gained through experience. The gems of the sea are believed to offer protection to the wearer, as well as attract good luck and wealth. Moreover, pearls speak of the wearer’s purity and integrity.

Pearls are often offered as a token of affection and love, as well as good luck. Moreover, various myths place pearls as the symbols of good fortune and wealth.

The Myths of the Almighty Pearl

There are numerous folktales and myths that surround the precious gem of the sea. Some of the ancient pearl myths seem really far-fetched. But, they do symbolize just how important these gems were to ancient civilizations. Here are some of the ancient myths about pearls:

READ MORE:  What Is an Oyster? How Do Oysters Make Pearls?

The Myths Behind Pearls & Religion

There are pearl myths that relate to all time periods. Some go all the way back to the days of Adam and Eve in Paradise. According to legends, the couple cried deeply after God cast them out of the Garden of Eden. Their tears created a lake of pearls.

Here are some other references to religion and pearl meaning:

During Ancient Greek days, the myth was that pearls were the gods’ tears. It was also believed that if a woman wore pearls on her wedding day, it would stop her from crying.

Hindu folklore is a bit different. It describes the gems as drops of dew that dropped from the sky during the nighttime, into the moonlit ocean. Pearl meaning behind the story of Krishna, AKA Vishnu, is believed to be one of the earliest accounts of weddings and pearls.

It’s said that Krishna pulled the very first pearl from the sea. He then presented it to Pandaia, his daughter, on the day of her wedding. His wedding gift was a symbol of purity, love, and union.

FACT: In ancient Roman times, pearls were a symbol of wealth and high status. This is why in 1BC, Roman ruler Julius Caesar created a law that prohibited anyone below the ruling class to wear the gems of the sea.

The Myths Behind Tahitian Black Pearls

Tahitian black pearls are some of the rarest on the market. There are numerous Polynesian myths surrounding this lustrous gem. This is just one of them:

Legend has it that the god of fertility and peace, Oro, traveled on a rainbow to visit earth. He brought a magical oyster with him to the people of Polynesia called The Ufi. A gorgeous black pearl was formed inside The Ufi. When Oro say it, he gave it to Princess Bora Bora to symbolize his undying love.

Nothing in the world can match the elegance and beauty of Tahitian South Sea pearl jewelry. Tahitian pearls come in stunning colors. And, at The Pearl Source, you can even buy them as loose pearls to create your own custom pearl jewelry pieces.

Check out the extravagant collection of loose pearls and Tahitian pearl jewelry from The Pearl Source. Get real cultured pearls at unbeatable wholesale prices!

Black pearls are often associated with healing powers and hope. Cultivated in the exotic waters of the French Polynesia, Black Tahitian Pearls come in a mesmerizing palette of shades, ranging from iridescent silver to peacock hues, all carrying the mystique and charm of the ocean.