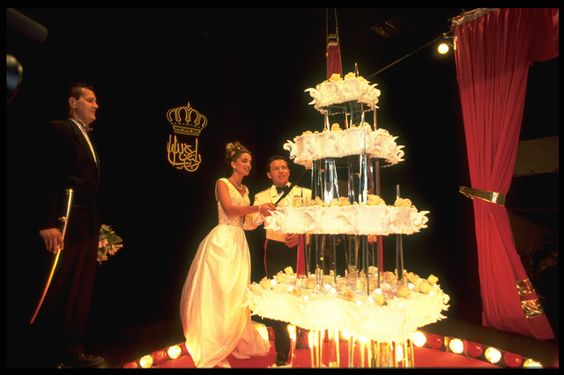 It is a tradition all over the world that in every wedding reception, there must be the cutting of a cake.  These cakes vary in size, weight and the intricate details. The royal wedding cakes are always the most elaborate. Here, we profile eight that made the entire world say, “Ooooooo.” 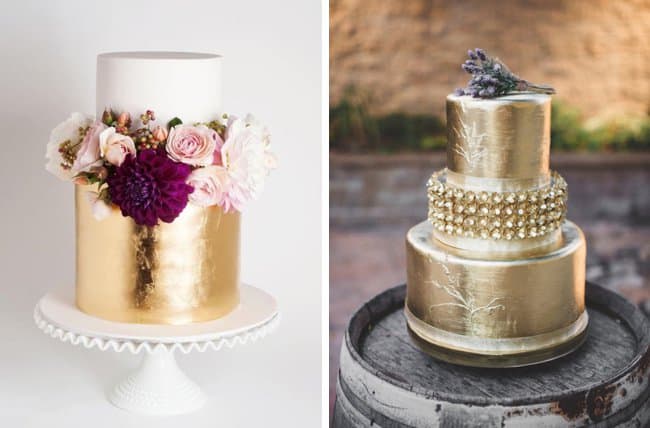 We share the most iconic royal wedding cakes with you today. Here are some of the iconic royal bridal cakes in history… from Princess Diana’s to Kate Middleton’s to Grace Kelly’s and other more.

8 Gorgeous Royal Wedding Cakes That Made the World Take Notice

Charlene Wittstock, an Olympic swimmer, was married to Albert II, Prince of Monaco in 2011. Everything was more than expected from a royal wedding.

The wedding cake was exceptional. It was designed to a giant 6-tiered feature. It was surrounded by fresh flowers, sparklers and had an enormous cornucopia-like topper.

Charlene Wittstock’s wedding cake was huuuuge. So the couple had to slice a smaller cake so that the cutting ceremony would be much easier.

Prince Edward and Sophie Rhys-Jones decided together in holy matrimony and later turned to fruitcake for their wedded pastry. It is a tradition at England weddings to have fruitcakes as opposed to tiered-cakes.

This couple instead went for the devil’s food cake just to make it a little daring.

The royal cake of Sophie Rhys-Jones was designed by Linda Fripp. It was 10 feet in height and was topped with tennis rackets. This symbolized where they first met.

Prince Phillip and Queen Elizabeth II wed in a matrimonial ceremony that was nothing close to ordinary.

Their wedding cake was 500 pounds and 9-foot tall.

Queen Elizabeth II’s cake was made by McVitie’s. This is the same company that made Prince William and Kate Middleton’s second wedding cake. The customized matrimonial symbol featured a number of scenes of the couple’s lives together.

Prince Charles and Princess Diana served their guests with 27 different cakes at their wedding reception. The royal couple started a new wedding cake trend at their reception back in 1981.

One of Princess Diana’s wedding cakes stood above the rest because it was so impressive.

It was the main cake which stood at 5-feet tall. It featured the royal family’s coat of arms, roses, lilies, orchids and the royal couple’s initials.

King Abdullah and Queen Rania had an idea that would stick in our minds forever. Even though their wedding was in 1993, we still have something to talk about to this day.

Queen Rania’s cake was cut into slices with a sword.

Now who would have thought of that?

The couple celebrated their nuptials with a large rectangular-tiered cake. It featured gold crowns with white lace.

Prince Andrew and Sarah Ferguson celebrated their holy union with a marzipan and rum-soaked confection cake.

At their wedding in 1986, the 5 feet-tall cake was made with three types of alcohol:

READ MORE:  Pearl Bridal Jewelry and Decor for a Beach Wedding to Remember

When Grace Kelly married Rainier III, Prince of Monaco, her cake was 200 pound and 6 tiers high. This cake was a gift from the chefs at Monte-Carlo Hotel de Paris.

Grace Kelly’s cake was a on-of-a-kind which it featured a cage with 2 turtle doves that were released when the cake cutting took place.

That is not all. In addition to the beautiful doves, the cake was topped with a musical box.

A revolving statue of the bride and groom kept on going round and round as the music of Mendelssohn’s Wedding March and Ava Maria was played.

Prince William and Kate Middleton went for something more traditional for the reception… fruitcake.

Their wedding was held in 2011 and the events still linger in our minds to this day. Kate Middleton’s cake was eight tiers high and was decorated in white fondant.

It featured 900 leaves and flowers. This symbolized the United Kingdom’s four nations. Also, other items that were essential to the couple’s life together were featured as well.

Kate Middleton had her future in mind when she wed Prince William. It was not for the sake of English tradition that she opted for the fruitcake. It turns out that fruitcake gets better with age.

If you are thinking of saving your pieces of your wedding cake in the freezer for your 1st anniversary celebration, fruit cake is the perfect choice.

Fiona Cairns was Kate Middleton’s cake maker. She was instructed to save three tiers for future celebrations for the royal couple.

READ MORE:  The 2022 Ultimate Guide for a Perfect Bridesmaid Proposal

It is amazing how all these royal cake scenes unfold. Two of the tiers have already been eaten at Prince George and Prince Charlotte’s christenings. The final tier could be finished soon, since the third royal baby is on the way.

Follow Us
Latest posts by Abigael Shem (see all)